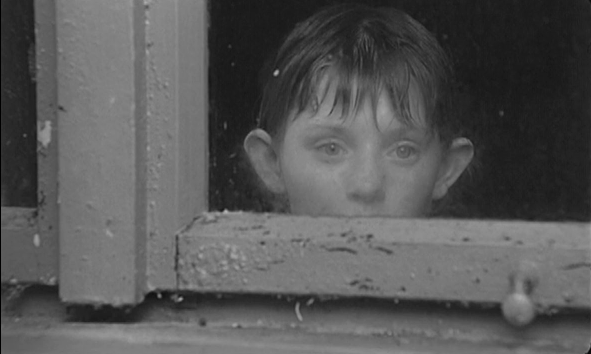 Press Play presents Sight and Sound Film Poll: Critics' Picks, a series of video essays featuring prominent film critics on films they selected for Sight and Sound magazine's poll of the greatest films of all time. New videos will premiere each week until the poll results are announced later this summer.

From a personal standpoint, it is fitting that the second video of this series, following the opening tribute to Roger Ebert, features Jonathan Rosenbaum. It was through Ebert that I discovered Rosenbaum's writing 14 years ago, when his weekly reviews for The Chicago Reader made Ebert's list of "20 Essential Movie Websites." Since then, no writer has done more to expand my knowledge and develop my sensibilities on cinema. To explain why, let met me point to one of several possible examples: Rosenbaum's 1990 article "A Bluffer's Guide to Bela Tarr," one of the very first articles written in English on the Hungarian director. On a basic level, the article serves the essential function of film criticism: to introduce its readers to new and exciting work. But it goes a critical step further by identifying the inherent problems of encountering and understanding new films, especially from other parts of the world, and the uncomfortable reality of being confronted with one's ignorance of certain contextual realities (cultural, historical) that may have led to their creation and may be important to their appreciation. The title of the article implies that one can "bluff" their way to posing as an expert on such films, but what Rosenbaum does is the opposite: he systematically and transparently outlines his limited knowledge of Bela Tarr and Hungarian cinema; identifies the elements in Tarr's films that fascinate and confound him, employs sharp formal analysis to vividly describe what's happening on screen; and offers some interpretative possibilities while resisting reductive conclusions. It's an object lesson in how to actively engage with everything in cinema that is new and strange.

In the two decades since, Rosenbaum has become a leading authority on Bela Tarr's films, a progression that is all the more fascinating for the extent to which it is documented. One can get a sense of Rosenbaum's growing familiarity and evolving position with Tarr's films: from the 1990 "Bluffer's" piece to his 1994 review of Satantango, to his 1996 assessment of Tarr's opus coinciding with and the filmmaker's first career retrospective in Chicago, and a 2001 conversation with Tarr published in Cinemascope. Most of these articles are available on Rosenbaum's website. Later this year his commentary track will accompany the Cinema Guild DVD of The Turin Horse, reputed to be Tarr's final film. His interest now extends into investigating the literary work of Laszlo Krasznahorkai, author of the novel Satantango and co-writer of Tarr's last five films.

When we discussed the making of a video essay on Satantango, one idea was to juxtapose a scene from the film with Jonathan's reading of a passage from the Krasnahorkai novel describing the same scene. We recorded this footage, and while I wasn't able to bring it to a result that fully satisfied me, I am fascinated by the idea of comparing a cinematic work with its source text and hope to pursue this further. We settled on another idea by Jonathan that plays in its own way with the distinctive qualities of the film. – Kevin B. Lee

Jonathan Rosenbaum is an American film critic. Rosenbaum was the head film critic for the Chicago Reader from 1987 until 2008, He has published and edited numerous books, most recently Goodbye Cinema, Hello Cinephilia: Film Culture in Transition (2010).

Kevin B. Lee is Editor in Chief of IndieWire’s PressPlay Video Blog, Video Essayist for Fandor Keyframe, and contributor to Roger Ebert.com. Follow him on Twitter.