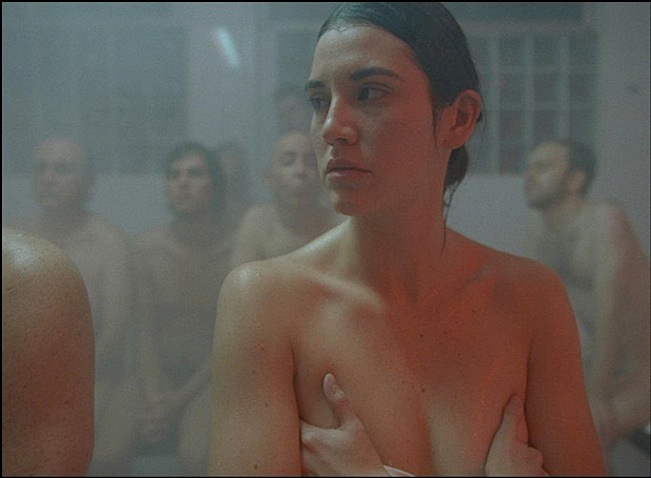 Narrative is the devil in Carlos Reygadas’s baffling and intoxicating Post tenebras lux. Finding any coherent structure or storyline in Reygadas’s deeply autobiographical film about a wealthy family’s daily existence in the Mexican countryside is next to impossible. The normal markers of story (psychology, back story, motivation) are all either denied or abstracted through the haze of memory and natural splendor, temporal uncertainties and jarring cuts. The result is a disjointed collection of sublime images, haunting sounds, and elliptical tangents, parts of an attempted exploration of the elemental nature of trauma and isolation. But does the film succeed?

In the film’s mesmerizing opening sequence, Reygadas positions his handheld camera at the eye level of a toddler walking slowly through a vast field surrounded by mountains. As the young girl stomps through puddles saying words like “father” and “mother,” the heft of the moment evokes Malick’s The Tree of Life. Hordes of dogs roam in and out of the frame, then stampeding horses fill the background space. When darkness overwhelms the image, and flashes of lightning provide the only sporadic illumination, the girl’s small figure takes on a near-mystical quality. The entire sequence is an overture to instinctual cinema.

While kinetic movement and wonder define Post tenebras lux’s impressive prologue, stagnation and rot permeate the rest of the film, the product of an overt sense of evil in mankind. This trend begins with the image of a glowing red devil entering a dark living room holding a toolbox, scanning each room, standing face to face with a child, and disappearing behind a closed door. Paternal wickedness is a longstanding theme for Reygadas, and the heightened visualization of Satan as a father figure returning home from work aptly connects with Post tenebras lux’s two perpetually conflicted male characters.

Juan (Adolfo Jiménez Castro), a sporadically violent man trying to repress his rage, lives with his wife Natalia (Nathalia Acevedo) and their two children in a posh villa located deep in the high mountains. Their handyman El Siete (Willebaldo Torres), an alcoholic and deadbeat father, grapples with his own internal demons. Reygadas crosscuts between the two men's slow unraveling over time, jumping forward and backward without any semblance of logic. Sudden violence, as when Juan brutally beats one of his dogs, is the only thing interrupting the rest of the film’s mind-numbing stasis.

With Post tenebras lux, Reygadas, the talented Mexican director behind Japon, Battle in Heaven, and the brilliant Silent Light, expands the anarchic sense of time and space he first explored in his loony short for Revolucion into an entire film.  Nothing adds up in this mostly maddening cinematic experience, but everything feels connected by the same ethereal view of environment, in the way characters languish, and in the nuances of a shifting world half-remembered.

Reygadas seems to be examining his own failure to visualize the past, one example being several gigantic falling trees in the film’s final sequence. Or the fact that all of Post tenebras lux is filmed using a camera lens that blurs the exterior of the frame, leaving only the center clearly defined. When characters move from one side of the image to the other, their bodies suddenly double, refracted by the beguiling aesthetic. For Reygadas, emotional memory is an impenetrable beast, and in many ways, so is Post tenebras lux.