In Quentin Tarantino’s films, movement is everything. If his characters are not moving, they are about to move. In ‘The Hateful Eight,’ the maneuvering of the devious travelers around each other in Minnie’s Haberdashery, with its rambling architecture, is every bit as important as the words they say to each other, or the shots they fire at each other. The ability of a Tarantino character to move or not move can often be telling: consider the lonesome death of Vincent Vega on the toilet in ‘Pulp Fiction,’ or the sky-bound pirouettes of Uma Thurman’s Bride in the ‘Kill Bill’ films. So when Tarantino slows down the motion of a character in one of his films, whatever the external reason may be, the ultimate take-away is this: Tarantino notices. He is attentive to human movement, to human physiognomy, almost with the attentiveness of Eadweard Muybridge. When he slows down a character’s motion, then, we, as viewers, are intended to see everything: muscular shifts, the different ways clothing falls on the moving body, the beauty of the body moving through space–and we are supposed to consider what the movement might mean. In his sixth (sixth!) video piece on Tarantino, Jacob T. Swinney brings us up close to Tarantino’s study of motion by focusing on his slo-mo scenes. What do we learn? Well, why don’t you look and tell me?

Terrence Malick isn’t so much a filmmaker as a poet.  Rather than relying on traditional narrative framework (especially in his later films), Malick relies on nature to create visual poems on celluloid.  Blindly picking a random frame from Malick’s modest filmography, there is a rather high chance of a close-up of a plant or a wide landscape free of humans.  This is because nature itself is a character in a Malick film–sometimes even more so than the human characters.  There is a reason why Malick often chooses to cut to a blowing leaf or a low-angle shot of tall trees during moments of poignancy.  In a way, these images express something that more traditional misty-eyed close-ups of professional actors simply cannot.  We learn more from lingering on a stream than we do from dialogue.  The swaying tree tells us more about a character’s past than flashbacks can.  Rays of sunlight through a rain-forest canopy put the entire film in perspective.  While these elements may be simple, they seem to be something only Malick can pull off successfully.  Many filmmakers are inspired by them and even more copy them, but only Malick can create in this way.  His imagery possesses a certain level of truth due to the fact that he himself finds stories in nature.  Here is a look at some of Malick’s best shots of his favorite storyteller, nature.

At first glance, the films of Jim Jarmusch may not seem to have many connections.  For example, what could a samurai-influenced hit man have in common with hard-rocking vampires?  Examining any two of Jarmusch’s films presents us with equally unusual comparisons.  However, all of Jarmusch’s feature films do indeed share a common thread–a journey. The characters in a Jarmusch film share the simple goal of starting somewhere and needing to get somewhere else.  The destination is not necessarily a physical place–most of the journeys are spiritual–but the process is visually communicated via traveling sequences.  There is something unique in the way Jarmusch presents traveling characters.  His camera lingers in confined spaces, communicating a strong sense of significance.  He focuses on facial expressions, which tend to be solemn and focused–they are on a mission, simply to arrive.  Here is a look at characters traveling throughout Jim Jarmusch’s film career.

Martin Scorsese has acquired many trademarks over his 50-year filmmaking career. Perhaps the trademark he is best known for, something we are sure to expect when viewing a Scorsese picture, is his renowned use of slow motion. Nowadays, slow motion shots are a dime a dozen, being utilized by everyone from Michael Bay and Zack Snyder to Quentin Tarantino and Paul Thomas Anderson. When discussing such a popular (and possibly overused) technique, what makes Scorsese’s methods stand out and stick with us?

While the many blockbusters of today use slow motion to extend action and create drama, Scorsese seems to mostly use slow motion in order to enhance subjectivity. For example, the slow motion used during the quaalude-fueled beer pong match in ‘The Wolf of Wall Street’ allows us to experience the sluggish high of the characters. In "Shutter Island", Teddy’s flashbacks, dreams, and hallucinations contain slow motion in order to emphasize his false beliefs. While these two examples utilize obvious slow motion, Scorsese’s slow motion is perhaps best when it goes almost unnoticed. When Johnny Boy makes his famous entrance in ‘Mean Streets,’ minor slow motion is used to create tension on an almost subconscious level. As Travis Bickle watches Betsy from afar in ‘Taxi Driver", she glides through the crowd just slow enough to stand out a bit. This allows us to instantly feel Travis’ admiration–"They…cannot…touch…her." Scorsese does not use slow motion to to add style to his films; he uses it to tell us something. Here is a look at Scorsese’s use of slow motion throughout his prolific career.

Watch: Wes Craven’s ‘A Nightmare on Elm Street’: A Journey Through Sound 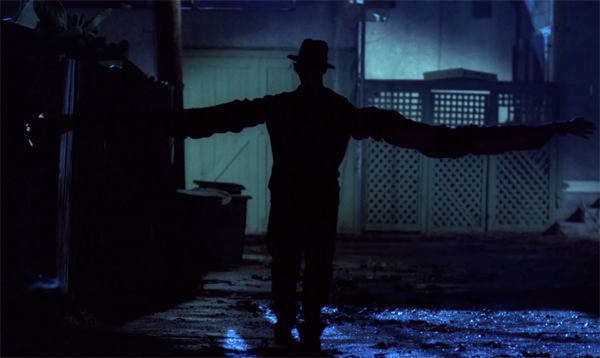 The ears are gateways to the emotions as frequently as the eyes are, though culturally, no one dwells on auditory phenomena as much. The ever-more-prolific Jacob T. Swinney has put together a short but telling homage to late horror director Wes Craven’s use of sound in his masterpiece ‘A Nightmare on Elm Street‘ that is as tight as a drum. Watch–but also listen.

The characters in a Spike Lee joint often seem to have a rather intense infatuation with the prolific auteur’s camera.  One of the strongest defining elements of Lee’s style is that characters frequently look directly into the lens. Much of the time, these moments are fourth-wall breaks–the characters are addressing us, the audience. These moments usually interrupt the flow of action in order for a character to pull us aside and give us some information. In certain cases, these moments almost take on a documentary-like feel, as the characters act as if they are being fed questions. In other cases, the characters simply give us a well-timed glance not muttering a single word.  But just as frequently as they break the fourth wall, characters simply address other characters, and Lee’s trademark serves as a POV shot: viewers are put in the position of a character in the film.  This tactic allows us to become more emotionally attached to the moment and the film as a whole.  At the same time, we often find ourselves wondering who exactly a character is addressing at any given moment.  But it is this feeling of disorder and realism that makes Spike Lee’s films such unique viewing experiences.  Here’s a look at some of Lee’s most memorable moments of dialogue between his characters and his lens.

While there are many trademarks that define his extensive body of work, Robert Altman’s films may be most easily recognized through the director’s unique approach to dialogue.  Rather than utilizing the more traditional give-and-take approach to a conversation, Altman would have two, three, or even entire rooms full of people delivering their lines at the same time.  This overlapping dialogue, while unconventional and often difficult to comprehend, created a sense of realism that became a staple of Altman’s films.  Altman never seemed to be overly concerned with creating a digestible piece of cinema–he recreated life and dropped us right in the middle of it.  We do not simply view a Robert Altman picture, we experience it in full immersion.  Here is a three-minute showcase of Altman’s famous approach to dialogue.

Films featured, in order of appearance:

Steven Spielberg’s ‘Jurassic Park‘ wasn’t just about the dinosaurs. Nor was it just about the story, such as it was. A combination of elements made it successful, drawing people to the theaters in multitudes, even drawing movie snobs such as myself! Certainly, Dean Cundey’s cinematography brought the film’s monstrous and only-semi-herbivorous presences into viewers’ faces in a memorable way, but there was also another significant element: the sound. Had sound designer Gary Rydstrom decided to "go digital" with the sounds, the technology of the time might have yielded a product with only a fraction of the film’s staying power or box-office command. Instead, as Jacob T. Swinney (a Press Play regular) shows us in this video and in his explanatory notes, Rydstrom took a more adventurous route, using lion roars and dolphin chirps to recreate what poet Walt Whitman would have called the dinosaurs’ barbaric yawps. With ‘Jurassic World‘ on its way to theaters this Friday, looking at and listening to the original entry in the series may give your movie-going experience more heft.

Watch: All of David Lynch’s Most Bizarre Moments… in Three Minutes!

Each video in this series will trace a crucial element of a brilliant American director’s work throughout the director’s filmography–in three minutes. Our first subject: David Lynch.

The films of David Lynch are
certainly not the easiest to digest.  Lynch has two well-known
fascinations in filmmaking: the inexplicable and the bizarre.  Often in a
David Lynch-directed work, we are presented with isolated moments that
simply do not seem to fit with, or make any coherent connection to, the rest
of the piece.  Even after further analysis and repeated viewings, many
of these moments just cannot be logically explained.  In addition to
these moments, Lynch frequently employs bizarre, disturbing
visuals and situations.  Frequently, the bizarre and the inexplicable
work together to create a sensation that can only be experienced
through David Lynch.

The
filmmaker’s knack for the unsettling was apparent from the start with
the squirming cooked chicken spewing blood in his feature film debut, ‘Eraserhead,’ a film which is inexplicable, bizarre, and
disturbing in equal parts.  Lynch’s unique styling seemed to settle down a bit in his next
two films, ‘The Elephant Man‘ and ‘Dune,’ due to an abundance of studio
interference.  However, Lynch returned to independent filmmaking with
what many consider his masterpiece, ‘Blue Velvet,’ and solidified the
Lynchian style.  From here onwards, every one of his films, as well as his television
series, ‘Twin Peaks,’ screamed "David
Lynch."  In 1999, Lynch veered slightly off course and tried something
different with the G-rated film ‘The Straight Story,’ which was produced
by Disney.  The clearly self-aware title says it all, in this case.  However, despite the "normal" nature of the
film, there are still glints of Lynchian filmmaking peeking through the
modest picture.
Here
is a look at some of Lynch’s trademark inexplicable and disturbing
moments, from the perplexingly caustic ‘Eraserhead’ to the hauntingly
beautiful mess ‘Inland Empire.’