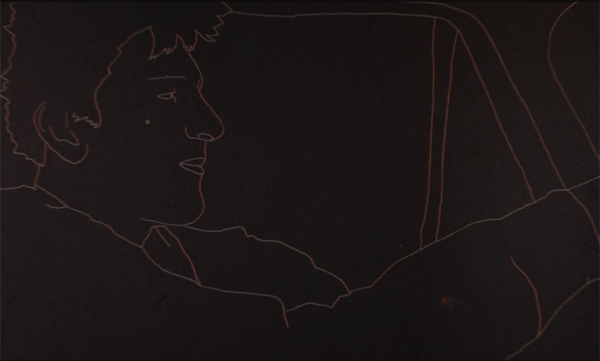 If David Lynch is American filmmaking’s Surrealist, and Michael Mann is its Impressionist, then certainly Martin Scorsese is its Abstract Expressionist. There has been no director before or since who could equal the unbridled energy, awareness, and imagination of early films like ‘Taxi Driver,’ ‘Mean Streets,’ or ‘Raging Bull’; the films’ leaps, swoops, dives and feints were carried out within the context of a crucially American vision, of what it meant to be lost, unmoored, within the complexity of a culture that was and would forever be bigger than its individual components. This beautiful animation of the opening monologue of ‘Taxi Driver’ by Piotr Kabat brings out this restless, relentless, churning, hundred-eyed aesthetic of Scorsese’s with memorable elegance and suspension, momentarily making one wonder what would have happened if Scorsese would have made a swerve and gone into animation.