Watch: Martin Scorsese’s Films Have a Lot of Crucifixion Poses. Why Is That? 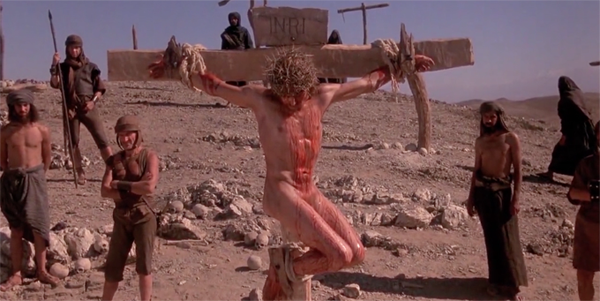 What do Travis Bickle, Howard Hughes, Jesus Christ, Rupert Pupkin, and Jordan Belfort have in common? Apart from being crucial figures in Martin Scorsese’s films, they have all made a gesture that could be described as a prototypical Scorsese gesture: arms outstretched, body (more or less) upright, body language that says to the universe: Do what you wish, think what you wish, say what you wish. Here I am. The gesture also, though, looks a great deal like a crucifixion–and in the case of Jesus, was one. Milad Tangshir examines the recurrence of this image in Scorsese’s films and, in so doing, makes one wonder if, by isolating and exposing his male figures this way, from ‘The Last Temptation of Christ‘ to ‘Taxi Driver‘ to ‘The Wolf of Wall Street,’ he is in fact, in a sense, crucifying them.

One thought on “Watch: Martin Scorsese’s Films Have a Lot of Crucifixion Poses. Why Is That?”