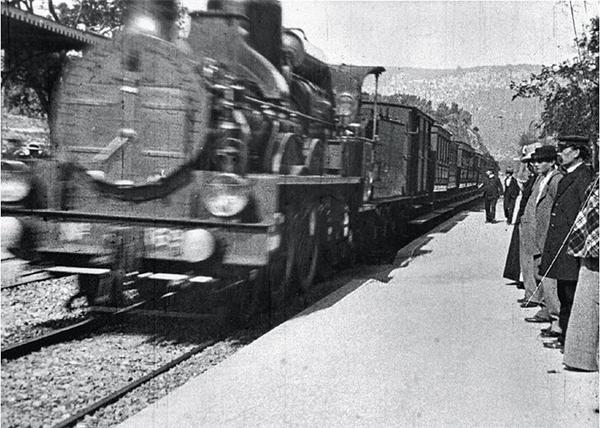 This rambunctious and rapacious video tribute to film history, featuring flashed images from over 100 films from Arrival of a Train at La Ciotat up to the present day, with a thumping heartbeat under its visuals for added intensity, is a sprint for the bases, derived from research which "Wandering Gio" details here. In fact, this piece is a tributary of a much larger piece, spanning the same time period, but with over 200 films included and at a much greater length. The current piece is just under five minutes long, and does truly take us from a man pointing a gun at an audience in The Great Train Robbery to the shower scene in Psycho to the rearing of the beast’s head in Alien to Anthony Hopkins’ mask in Silence of the Lambs up to Sandra Bullock spinning through space in Gravity. What’s interesting about watching a piece like this, beyond trying to see how many films you can identify out of the assemblage, is noting which films trigger the strongest reaction, nostalgic or otherwise. We all develop our own relationship with the flickering screen, after all, whether celluloid or digital, don’t we? As the poet Frank O’Hara famously said:

Mothers of America
let your kids go to the movies!
get them out of the house so they won’t know what you’re up to
it’s true that fresh air is good for the body
but what about the soul
that grows in darkness, embossed by silvery images…

One thought on “Watch: 222 Heartbeats, Over 100 Films, From TRIP TO THE MOON to E.T. to BROKEBACK MOUNTAIN to GRAVITY and Onward”