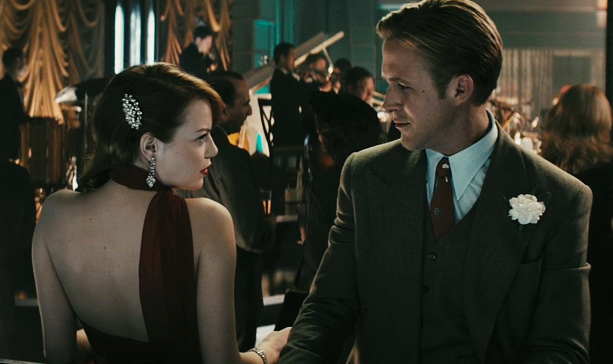 The trailer for Gangster Squad isn't selling nostalgia so much as retrograde, standard-issue images of masculinity. An account of the L.A. Police Department's fight against the East Coast mob in the '40s and '50s, the film, directed by Zombieland helmer Ruben Fleischer, is pitched as one manly affair, but unfortunately courts its target bros with a lot of tired bromides. Testosterone is front and center as soon as the preview starts, with ugly-mugged mafioso Mickey Cohen (Sean Penn) pounding away at a punching bag and dining with a loaded pistol by his side. Cut to Nick Nolte, another gruff actor with sandpaper features, playing a department head who tells Josh Brolin's squared-jawed cop that “Los Angeles is a damsel in distress” and needs to be saved. It's offered as a quaint proposal for chivalrous heroism, but it really just reminds us, with a sexist air to boot, that tough guys are running the show. “I'll need men,” Brolin's squad chief replies. Naturally.

There's nothing wrong with having a core audience, but with this first clip, Gangster Squad doesn't give much credit to the smarts of its would-be ticket buyers, who've surely heard better speeches about whores and dope than the one Penn's character caps off with an Emeril-like, “Bam!”  (“Overcooked” might be the right word for this umpteenth riff on the Scarface power pledge.) And while the rat-a-tat-tat of tommy guns, like mid-century L.A., will never go out of style in the movies, the same can't be said for a showy montage of bad-cop brutality, or grab-bag catchphrases like “We're going to war” and “There's no going back.”

Ironically enough, the trailer's most interesting element is markedly un-masculine: the squeaky, near-flamboyant voice adopted by Ryan Gosling. A leading man with unlikely character-actor gifts, Gosling gives his womanizing officer a memorable wrinkle of interest, and looks to continue his captivating string of ace performances. He still utters the same Will Beall-penned platitudes delivered by his rather typecast co-stars, but he registers as a fresh gem amid stale goods.

With its basic story seen before in everything from The Untouchables to American Gangster to Public Enemies, Gangster Squad would have done well to differentiate itself, beginning, of course, with this first look. Judging from what's presented, though, journalist Paul Lieberman's source material, a series of articles dubbed “Tales from the Gangster Squad,” has inspired a boilerplate, shoot-'em-up, cat-and-mouse popcorn flick, with a low opinion of its demographic to boot. In one final effort to present a certain hipness, the preview ends with a track from Jay-Z, whose all-too-relevant lyrics about “the American Dream” accompany an admittedly nifty image of cops shooting through a movie screen (take that, 3D!). But in this age of rappers linked to, and long inspired by, unlawful lifestyles, the music cue is just another cliché, and yet more bait for dudes who aren't as dumb as the trailer thinks they are.

R. Kurt Osenlund is the Managing Editor of Slant Magazine's The House Next Door, as well as a film critic & contributor for Slant, South Philly Review, Film Experience, Cineaste, Fandor, ICON, and many other publications.