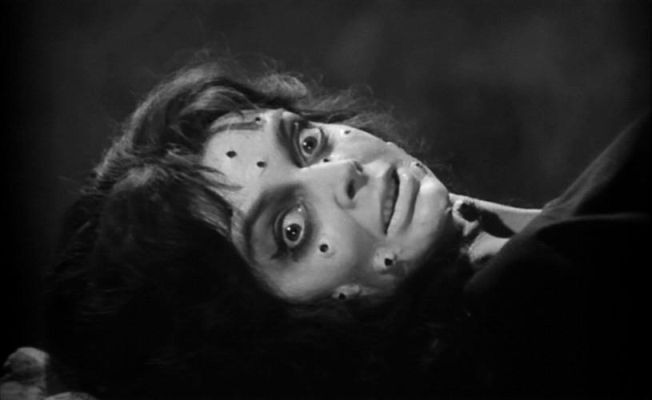 Just as people ultimately judge a book by its cover, many of us are quick to judge a film by its trailer.  When I was asked to set my sights on Tim Burton's upcoming Dark Shadows, a movie based on the cult TV show of the late 1960s, as my next entry point for Criterion Consideration, I immediately knew where my judgment would most likely fall. I might find it hard to veil my contempt for Burton's recent work. His early films had a profound impact on my childhood and may very well be responsible for who I am today, but as I became an adult Burton began rewriting the rest of my childhood in ways that make me confused and horrified. Remaking the classic films from my youth, Burton has me questioning my admiration. Also, with the upcoming release of his animated Frankenweenie, Burton has begun remaking himself. We could list his later films and describe how the themes and storylines are still consistent with his earlier work, so maybe I just grew out of him. Now, every time I see one of his films, I end up screaming at the screen, vowing never to see the next Tim Burton film. Still, I cannot deny that his films are intriguing, innovative, and entertaining, if not infuriating. In his collaborations with Johnny Depp, Burton has given us classics likeEdward Scissorhands and Ed Wood, capturing some of the finest performances from Depp in eight films thus far, but I wish that Johnny would begin to show more discretion. Shilling for Burton in promotional videos, Johnny admits to instigating him to collaborate on "a vampire film," citing the classics of German Expressionism, Universal Horror films from the 1930s, and the Hammer Studio films as an influence for this new adaptation. Thankfully all those classics of cinema are thrown into the meaningless mess of Dark Shadows. Sporting the worst make-up job since Alice in Wonderland, Depp's Barnabas Collins struts in front of the living legends of horror cinema, including a direct (slap in the) face-to-face cameo with Jonathan Frid (who played the original character on the TV show). Even before I saw the trailer for Dark Shadows, I knew there would most likely be a nod to Mario Bava's first film, Black Sunday (or The Mask of Satan from its original title La maschera del demonio). Burton has been vocal about Bava's influence, and over a decade ago there were rumors that he would remake Black Sunday. That never exactly came to be, but Burton did evoke a lot from the film for his adaptation of Sleepy Hollow, which unmistakably borrows Bava's visual style.

One of the most important directors in the horror genre, Mario Bava began his career as a cinematographer for Roberto Rossellini during the Italian Neo-Realist movement.  He first learned the tools of the trade from his father Eugenio Bava, who was an expert on special effects and also a cameraman.  Mario then was contracted by Galatea Studios, where his skills as a photographer, as well as his ability to work quickly and efficiently, would bring many of the studio’s films to life with stunning chiaroscuro. His films always show a deep understanding of the history of the horror genre, with its strange settings and eerie environments, and a weird and wonderful worldview that would become Bava's trademark style. That style would later influence many notable directors, such as Ridley Scott (Alien), Joe Dante (The Howling), and Burton himself, in Sleepy Hollow. In the late 50s, Bava would have to complete principle photography for Riccardo Freda, who abandoned his directorial duties on I Vampiri (Lust of the Vampire) because of the tight shooting schedule. Bava would do the same thing again with Freda's Caltiki, The Immortal Monster in 1959. To show his gratitude, Galatea's producer, Lionello Santi, allowed Bava to choose his (official) directorial debut, which was the adaptation of Nikolai Gogol's short story The Vij. While evoking the traditional story of witchcraft and vampirism at the heart of Gogol’s tale, Bava simultaneously paid his respect to the classic Universal Studios' horror films and the (then) contemporary Hammer Horror films with Christopher Lee and Peter Cushing.   Black Sunday relies heavily on the pantheon of 1930's horror, while including the eroticism and gimmicky gore of the new horror wave, creating one of the most beautiful and disturbing horror films of all time.

The film begins with a prologue, describing the superstitious tradition that one day in every century, Satan is allowed to walk the Earth, and his evil disciples can haunt and torment their descendants.  We are introduced to Princess Asa (Barbara Steele, a dead-ringer for Tim Burton's old muse, Lisa Marie) and her lover Javutich (Arturo Dominici) while they are standing trial by the Inquisition for acts of Satan worship and witchcraft.  Asa is branded with the mark of a witch, before having the iron mask of Satan nailed to her face.  Such a gruesome beginning was a standard shock tactic of the time, to keep audiences hooked from the start, but this particular opening was considered so shocking that the British Film Board banned the film for seven years after its release.  Before Princess Asa is put to rest, she vows to return from beyond the grave to seek revenge on her family for condemning her to the Inquisition.  Two centuries later, doctors Kruvajan (Andrea Checchi) and Gorobek (John Richardson) are traveling to Moscow when their carriage conveniently breaks down next to Asa's tomb.  After a slight scuffle with an enormous (and barely visible) bat, Dr. Kruvajan accidentally breaks open her coffin, allowing Princess Asa to return from the grave to torment and acquire the body from her living-image descendant Katia Vajda (also played by Steele).  Her father, Prince Vajda (Ivo Garrani), is the only member who still believes the family's sordid history, and he becomes instantly aware that Asa has returned when he sees the ghostly vision of her mask in his evening cup of tea.  Once Asa summons Javutich from his grave, she hypnotizes Kruvajan to help her exact revenge and take over Katia's body.

Filming in gorgeous black and white, Mario Bava was both the cinematographer and the director for Black Sunday, which has proven to be more than just a meaningless homage to the Universal visual standard.  In the decades before Bava’s film, horror had become the subject of parody and pastiche.  Classic monster figures suddenly had brides, reverted back to teenagers, and had mutated into radioactive amalgamations, thanks to a wave of low-budget science-y gimmicks. Bava's chiaroscuro masterpiece harkened back to a simpler time, when horror relied on tense atmospheric emotions, technical skills and claustrophobic mise-en-scene and blocking.  Bava was able to accomplish this entirely on the Galatea backlot, utilizing the masters’ techniques with a distinctively innovative approach.  Keeping his camera on a dolly at all times, the film moves with restless fluidity, creating an ambience unmatched in its time.  When Kruvajan first arrives at Vajda Castle, the camera tracks through endless corridors and secret-passageways before leading him to Asa's tomb.  It's sometimes hard to believe that Bava was able to create such a genuinely creepy atmosphere entirely on set, but his technical background elevated all the tired horror tropes to engaging new levels.  Bava also found an excellent leading lady in Barbara Steele, who would later become the scream queen of Italian horror because of Black Sunday.  Notoriously difficult to work with, Steele created problems for Bava in every regard.  Costumes had to be changed or altered, false vampire teeth had to be remolded (then only to be removed from the film completely), and once Steele refused to come on set because she was convinced the Italians had developed a camera that could shoot through clothing.  But even she remembered fondly Bava's ability as a director and as a cameraman.  Somewhat shy about her status as a horror icon, she attributes her standing to Bava and what he was able to accomplish with Black Sunday.

Bava's magnificently malicious worldview still stands the test of time and hasn't aged a day in light of recent splatter-filled gore-fests currently pass as cinema.  Perhaps it is because Bava's films helped usher in subsequent movements in the horror genre that Black Sunday remains untarnished and undated.  His later film Black Sabbath (with horror legend Boris Karloff) is credited with starting the Italian giallo films and the American slasher movement.  With so many directors indebted to Bava's films, it’s no surprise that a director like Tim Burton would return to Bava again and again for inspiration.  Whether Burton will decide to remake Black Sunday remains to be seen, but if that should ever happen it will only allow the next generation of filmmakers to fully embrace Mario Bava's original film.  Naturally, I would never want Burton to actually reboot Bava's film, since he would most likely set the film in the American 1960s, needlessly inserting some appalling 80s-style comedy.   Maybe before Burton's Dark Shadows is released on DVD, Criterion will seize the chance to bring Black Sunday to Blu-Ray, a format in which it so desperately needs to be seen.  If Criterion chooses the film, it would categorize Black Sunday as a superior work, allowing all of us film hipsters to say, "I told you so" and put directors like Tim Burton in their place.  In the meantime, if you're looking to avoid the long lines at the cinema for Dark Shadows, I highly recommend watching Black Sunday first.  It will not disappoint.

Robert Nishimura is a Japan-based filmmaker, artist, and freelance designer. His designs can be found at Primolandia Productions. You can follow him on Twitter here.