GAME OF THRONES RECAP 6: THE OLD GODS AND THE NEW 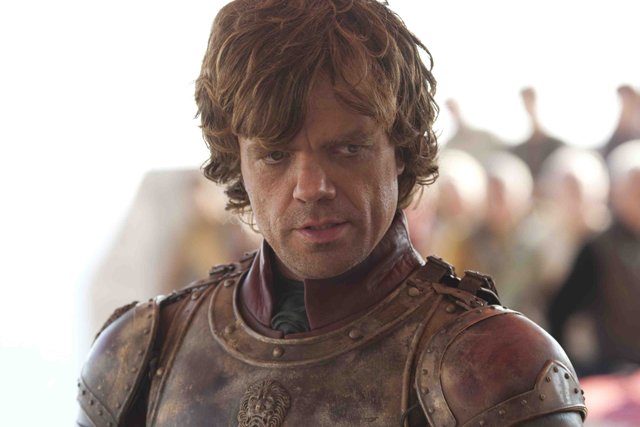 Game Of Thrones is getting exciting again.

One of the show’s defining features has always been its class system, which boils over in The Old Gods and the New. It’s painful for the people who live in that system. A butcher’s boy, like Micah, Arya’s friend from early in the first season, can be slaughtered at the whim of a prince. There’s not much room for class mobility, either. This has led to a focus on the most powerful in the Seven Kingdoms, since they’re the ones who drive the story, which makes the show seem to have a blind spot surrounding any character who doesn’t have a title. That all changes in this episode.

First, Theon Greyjoy captures Bran Stark and Winterfell, betraying the family that raised him for half his life as well as a king he swore allegiance to. Why? Theon’s torn between his blood father and his adopted brother: “I’m a Greyjoy. I can’t fight for Robb and your father at the same time.” He chooses his father, now-King Balon Greyjoy, because that way gives him the opportunity to become a prince, even a king, as long as he impresses his father. If he stays with Robb, he’s unlikely to rise above his current means.

Theon’s ambition makes him look pathetic, which Game Of Thrones plays up. A quick attack with his ironborn takes Winterfell while its troops are away, and Theon comes in expecting to be treated as a conquering prince. Instead, Bran Stark can’t believe that someone he grew up with, someone who saved his life recently, would turn into an enemy. Alfie Allen plays Theon’s confused posturing well, first in the scene with Bran, then in a scene where he tries to force Maester Luwin, then Ser Rodrik to acknowledge him as the lord of the castle. When the latter goes poorly, Theon’s entertainingly pathetic attempts at macho posturing turn horrifying, as he beheads Ser Rodrik in front of everyone.

While Theon may be trying to make his life as a noble better, Danaerys negotiates with the merchants of Qarth for ships to conquer the Seven Kingdoms with, more specifically addressing the issue of class mobility. Her ally, Xaro Xhaon Daxos, argues with his rival, the Spice King, about their origins. The Spice King’s grandfather was poor, his family having worked its way into wealth, while Xaro did the work himself. Meanwhile, Dany’s prime claim to power is her bloodline, and she justifies her entitlement by declaring that her dreams become reality, as they did with her dragons.

Oddly, the arguments used in this scene, particularly by the Spice King, seem particularly anachronistic. He claims that he’s ruled by logic, and he says “I make my trades based on the merits.” These entirely modern arguments stand out from most justifications used by other characters, like Ned Stark’s honor, or Cersei Lannister’s naked grabs at power. Nicholas Blane’s scenery-chewing performance as the Spice King is a delight, yes, but the scene’s attachment to modern tropes gets in the way of its drama.

The Old Gods And The New takes on class envy more directly in King’s Landing. The court sees Princess Myrcella off to Dorne, but on the way back, the people of the city get angry, with one of them throwing trash that hits Joffrey, who immediately escalates the situation into violence. Sansa Stark gets dragged away before being rescued by The Hound. As her handmaiden Shae cleans her, Sansa wonders why one of the men hates her so much. Shae responds: “Your horse eats better than his children.”

We’ve seen Game Of Thrones deal with the effects of war and chaos on its families and individual characters, but it hasn’t depicted those effects on the commoners very well. To be fair, a great deal of this has to do with issues of adaptation. There are only so many actors to hire, and only so many sets or locations to film on. Depicting the burnt-out farmlands of the Riverlands is far easier on a printed page or two than on an expensive show, and it doesn’t literally advance the story. This is part of the reason Littlefinger’s brothel has been used so prominently. Roz’s emotional collapse after the murder of the baby a few episodes back wasn’t just another way to demonstrate how nasty Littlefinger is, but also a way to show how ugly the city becomes as the nobles play their violent games.

That, combined with the appearance of the anti-Joffrey preacher last week, helps set up tonight’s riot as an organic development. The war isn’t just a game of nobles—it creates refugees and burns the crops they need to eat. This was, if you’ll recall, the Lannister strategy when the conflict began, late in the first season. But there are unintended consequences.

North of The Wall, Jon Snow has his first encounter with one of the “free folk,” as his new friend Ygritte calls herself. Yet as free as she may claim to be, she still follows the King-Beyond-The-Wall, wich also makes her an enemy of the Watch. The Watch is one of the few groups in Westeros that looks even slightly egalitarian, with promotions by merit, but still, Jon is somewhat tempted by Ygritte’s promises of freedom. Well, he’s probably more tempted by other charms—Rose Leslie as Ygritte is both dangerous and flirtatious, and it’s fun to watch.

Less fun: Jon’s brother Robb discovers girls as well. His romance with Tylisa remains as stilted as it was a few episodes ago, not surprising since it’s so detached from everything else going on (although the arrival of Catelyn and Brienna may change that). A bigger surprise: the episode’s weakest scene involves Arya, Tywin, and Littlefinger. Since Lord Baelish can recognize her, Arya tries to hide her identity, resulting in a farcical scene where she moves repeatedly to point her face away from his line of sight.

Turning Arya’s disguise into a sitcom trope is a misstep. Fortunately, the rest of the episode works around its few minor errors: the scenes at Winterfell and King’s Landing are particularly strong. The show gets better as its characters start to reach the point of no return. Theon Greyjoy has passed that point, and the other characters are approaching it.

My belief that many of the show’s best scenes were invented for the show takes a beating tonight. The Spice King was specifically invented for the show, making his anachronistic conversation even more baffling. The problematic scenes with Dany, Arya, and Robb were all fabrications. Some of the better scenes, it turns out, were those that were adapted. (A more amusing anachronism: Jaime Lannister is dyslexic, but Tywin forced him learn to read conventionally anyway.)

The thing I’m most concerned about is the show’s altering of events to change motivations. In the novel, Qhorin Halfhand deliberately allows Jon to let Ygritte go, and Jon immediately returns—there’s no chase scene, no initial seduction. This has happened several times, like with Littlefinger offering to exchange Jaime for Cat’s daughters. In many cases, in attempting to be simpler, Game Of Thrones makes its story more confusing.

Rowan Kaiser is a freelance pop culture critic currently living in the Bay Area. He is a staff writer at The A.V. Club, covering television and literature. He also writes about video games for several different publications, including Joystiq and Paste Magazine. Follow him on Twitter @rowankaiser for unimportant musings on media and extremely important kitten photographs.

4 thoughts on “GAME OF THRONES RECAP 6: THE OLD GODS AND THE NEW”