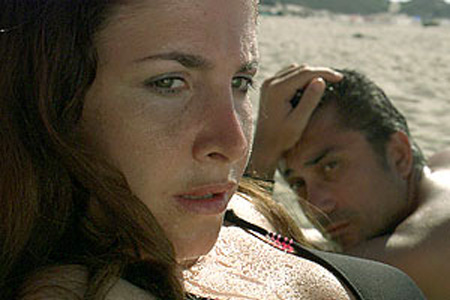 Who are the greatest directors of faces in movie history? When you think of great films that could double as portrait art, there’s Carl Dreyer’s The Passion of Joan of Arc, Ingmar Bergman’s Persona, and just about any film by Federico Fellini or Robert Bresson, to name a few. Of course there are countless movies graced by memorable faces, enabled by expressive performers and highly talented cameramen and crew. But what sets the films listed above apart from the glamourous pack is a specific, individualized way of looking at a face. It’s a vision that does more than express beauty, but conveys an idea of people and how to look not just at them, but into them. All of those aforementioned directors have passed on, so who today carries this torch?

Although I’ve previously paid tribute to the unmistakable portrait art talents of Steven Spielberg, here I bring attention to the recent work of Nuri Bilge Ceylan, arguably the most accomplished filmmaker to ever emerge from Turkey. His last four films have all won prizes at the Cannes Film Festival, with the most recent, Once Upon a Time in Anatolia, sure to make many top ten lists this year. (Ceylan will be receiving Cannes Directors’ Fortnight Carrosse d’Or prize in 2012.)

Much has been written about his films’ masterful explorations into the dark mysteries of human behavior, set against a canvas of stunningly composed visuals. For me, the anchor point that joins together his world of shadowy emotions and precise visuals are the many gorgeous shots of human faces. This video essay assembles several of these shots into a kind of moving portrait gallery, exploring this motif through his last three films, Climates, Three Monkeys and Once Upon a Time in Anatolia (the first two titles are available on Fandor). Of course the images wouldn’t be possible without the consistently stunning work of cinematographer Gökhan Tiryaki, as well as a revolving ensemble of professionals and non-professionals alike, each graced with their own distinct visage.

Originally published on Fandor. Read the full essay companion to the video.